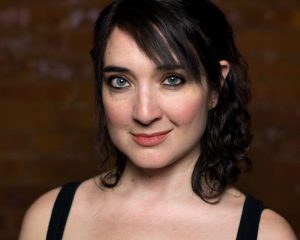 Bryna Kearney is a New York based actor and director with a surprisingly endearing sardonic sensibility. Raised in North Carolina and Connecticut, she went on to study theatre, dance, and voice at Phillips Academy Andover in Andover, MA. She then attended NYU Tisch’s Experimental Theatre Wing before returning to Connecticut where she worked with companies across the state as an actor, director, and choreographer.

Bryna moved back to New York City in 2014 when she began training with The Simon Studio and TAP NYC, and has been performing and directing nonstop ever since.

Bryna is currently a Resident Director at The AlphaNYC Theater Company where you can frequently find her performing as well. A true nerd at heart, however, she does make sure to allot a little time each week to brushing up on her Star Trek trivia, thereby aiding her second, non-theatrical passion – telling jokes that no one thinks are funny.